A former cancer patient who gained weight during gruelling chemotherapy is now in the best shape of his life after finally beating his illness.

Nick Rolt piled on the pounds during two months of intense chemotherapy for rare chest tumours, but the 23 year old has now transformed his body after discovering healthy food retailer musclefood.com and hitting the gym. 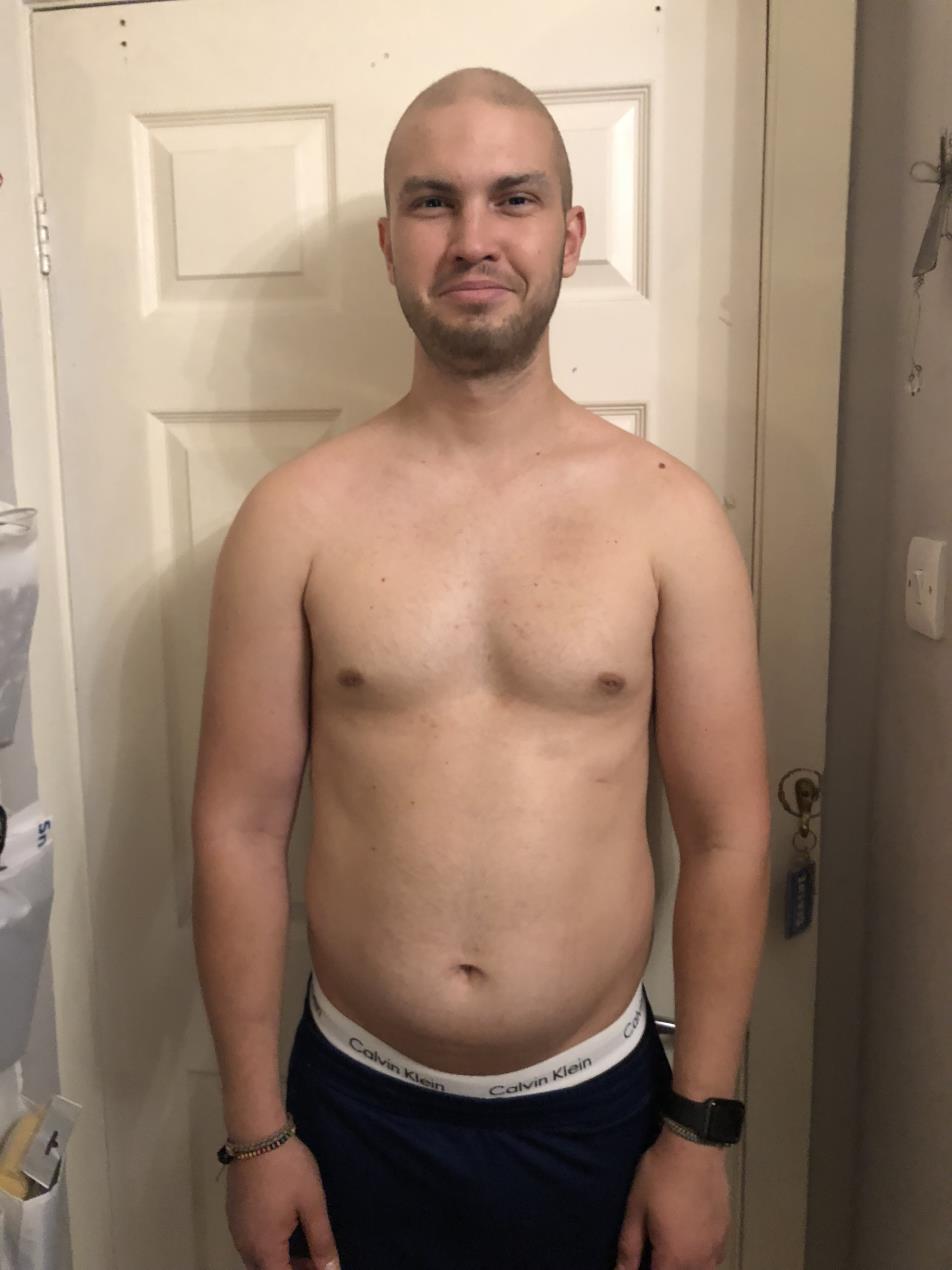 Doctors found several tumours in his torso and ordered two months of gruelling chemotherapy, which caused Nick’s weight to balloon from 12.5 stone to 14.5 stone.

The treatment was a success but left Nick severely weakened. He would get out of breath and sweaty just walking and struggled to lift even 10kg.

To regain his fitness and strength Nick switched his shopping to online healthy food retailer musclefood.com and dedicated himself to a strict gym routine.

It took him just three months to lose the majority of the weight he’d gained and he’s now in his best shape ever.

Nick, from East Grinstead in Sussex, said: “I’ve been through hell but I’m so grateful to be alive and in great shape now.

“It all started out of the blue on a holiday to Scotland, but I had no idea there was a rare tumour in my chest. Without my girlfriend Isabel insisting I see a doctor, I might not be here today.

“Cancer was suspected following tests in February last year, but it took a CT scan, an X-ray and a biopsy to finally confirm the tumours between my heart and lungs in May.

“They gave me a choice between steady or intense chemo therapy, so I took the tougher and quicker option to get on with intense treatment straight away.

“I saw it as a challenge – there was no doubt in my mind that I could beat cancer. My worries were the reaction of friends and family – I hated telling people and seeing them get upset – and the potential financial impact.”